This is a very special bike crafted with care back in Oct 2017. With a final weight of 7.91 lbs. (3.584kg), this unique hill-climb machine features at its core an AX-lightness Alpha frame paired with THM Scapula Fork.

Inspired by Gunter Mai's World's Lightest Road Bike back in 2008, this bike was meant to be the "heavier" version of the previous world's lightest bike to be ridden as a daily rider by its new owner.

Unlike Gunter's bike, this one has parts that are actually obtainable and is replicable today. Nothing on this build is one off or manufactured specifically for this bike hence you could actually build this bike with some custom work and the proper funds. 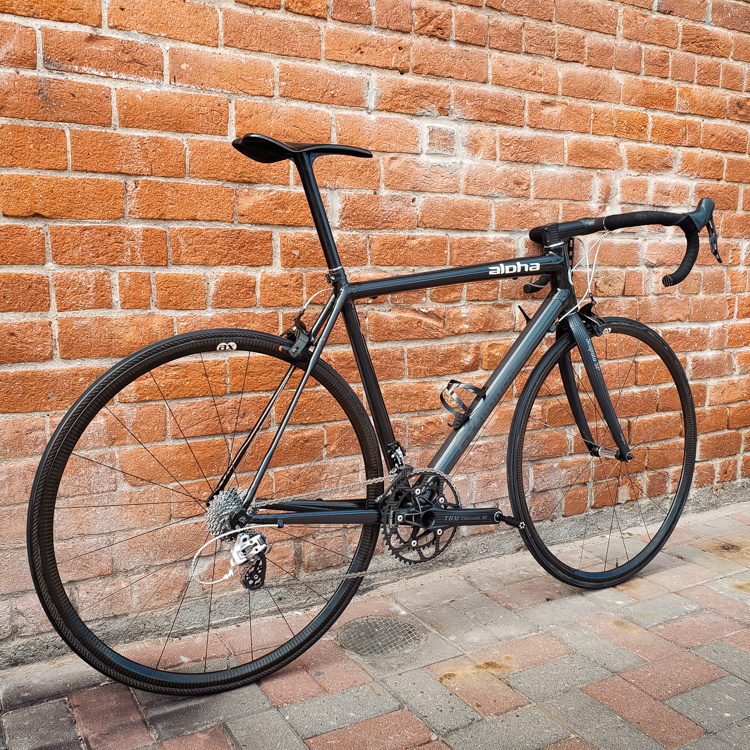 It took over a year to gather all the components for this build. 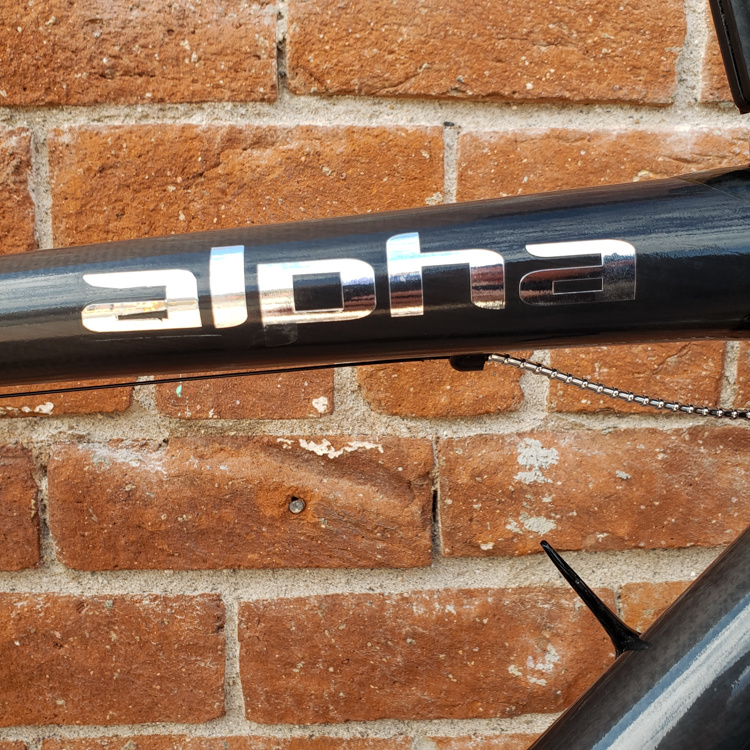 The bottom of the letter P in the Alpha decal was damaged which created the "Aloha" Ax-lightness moniker. 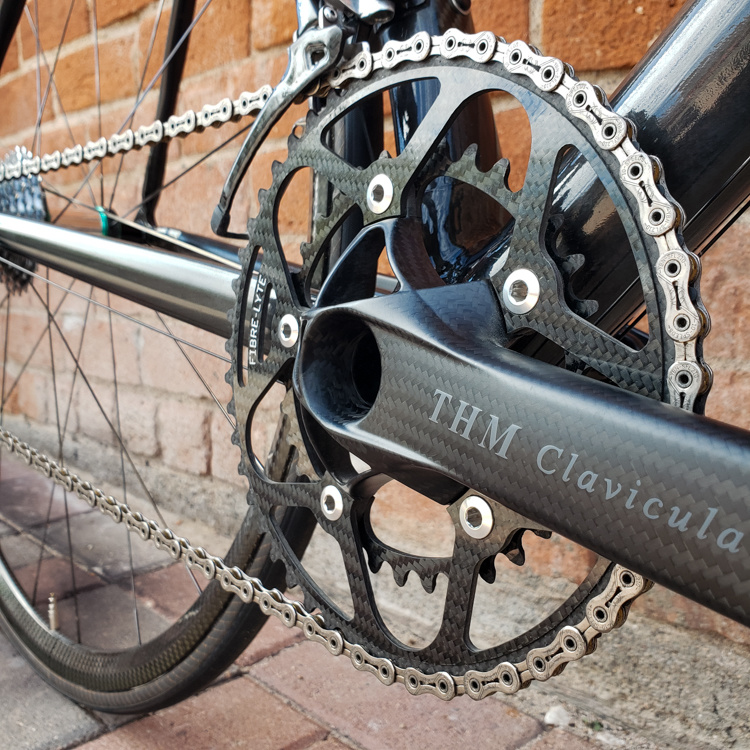 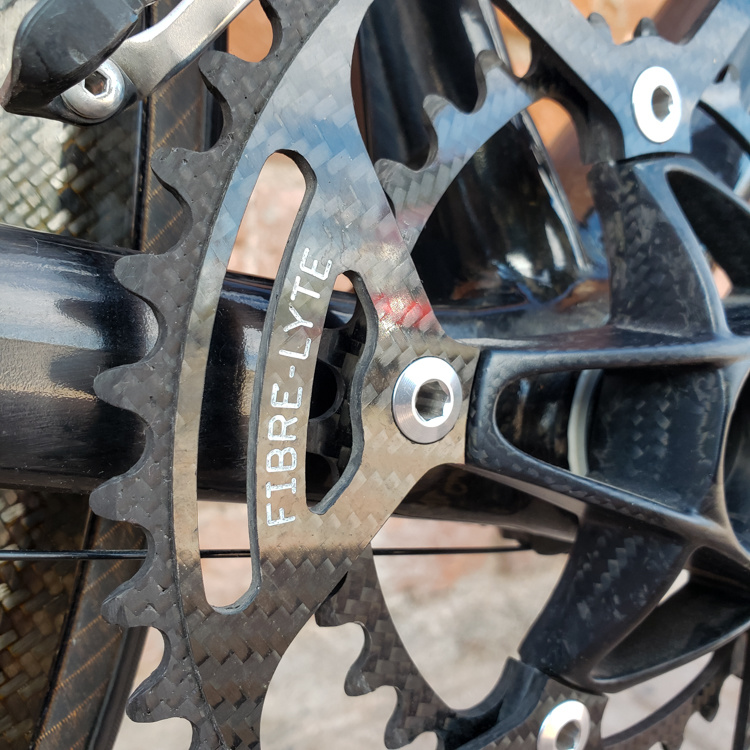 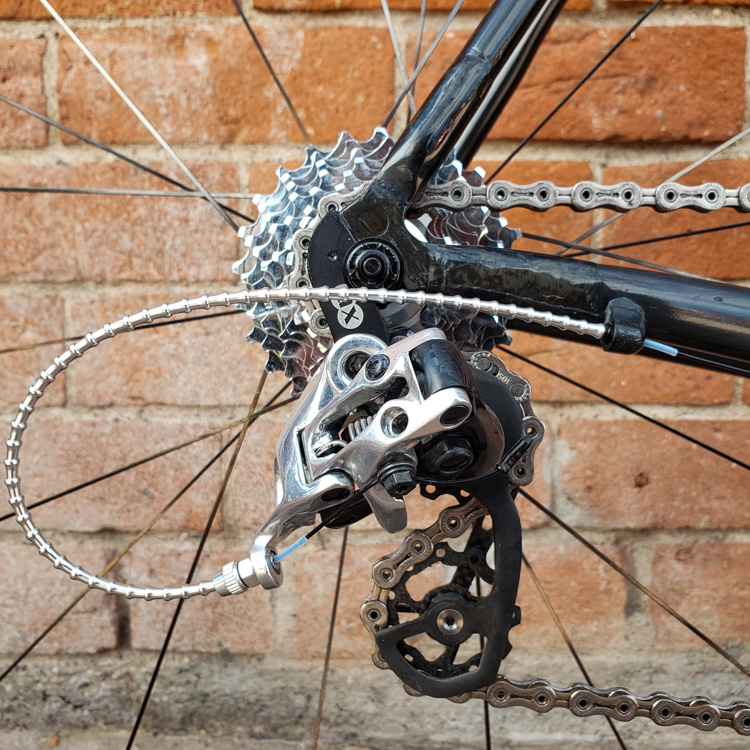 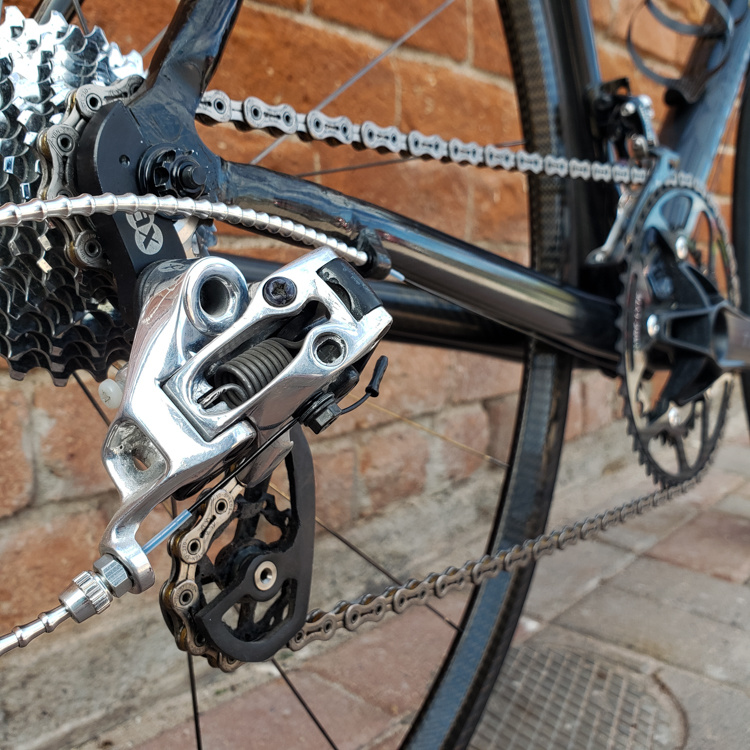 Here's a closer up shot of the tuned SRAM Red rear derailleur with BTP cage. We keep the Powercordz off the guide fin to avoid stretch and any hard angles. 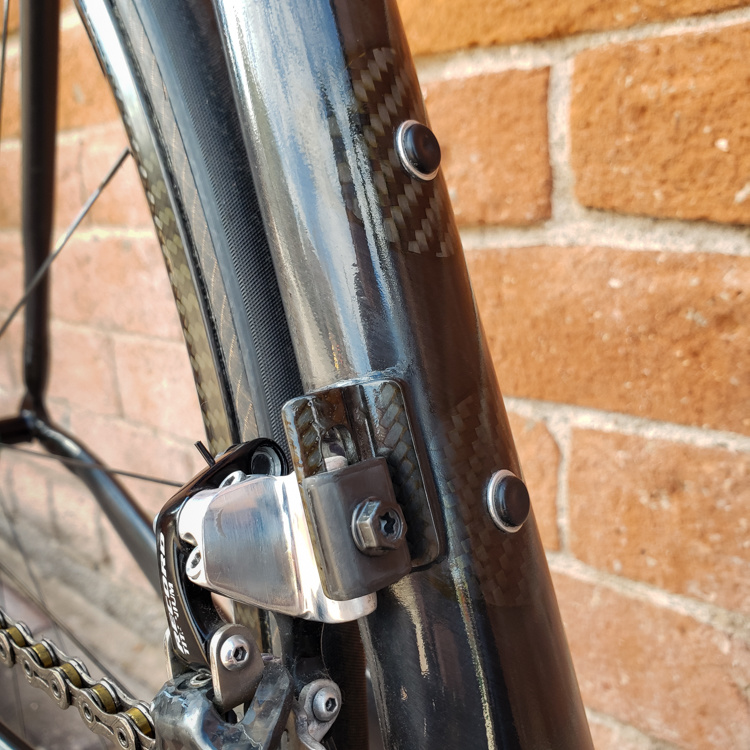 Tuned Campagnolo front derailleur and its braze on plate. 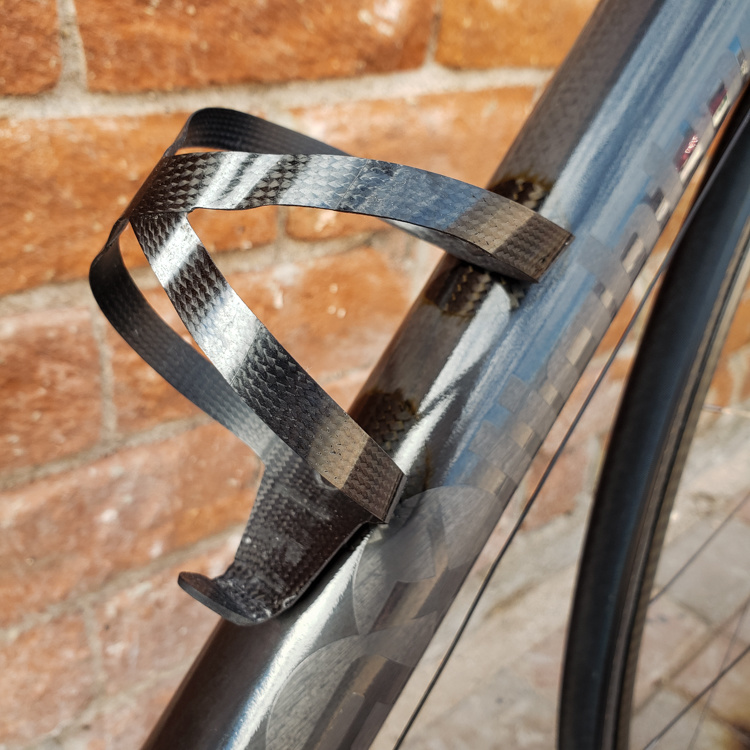 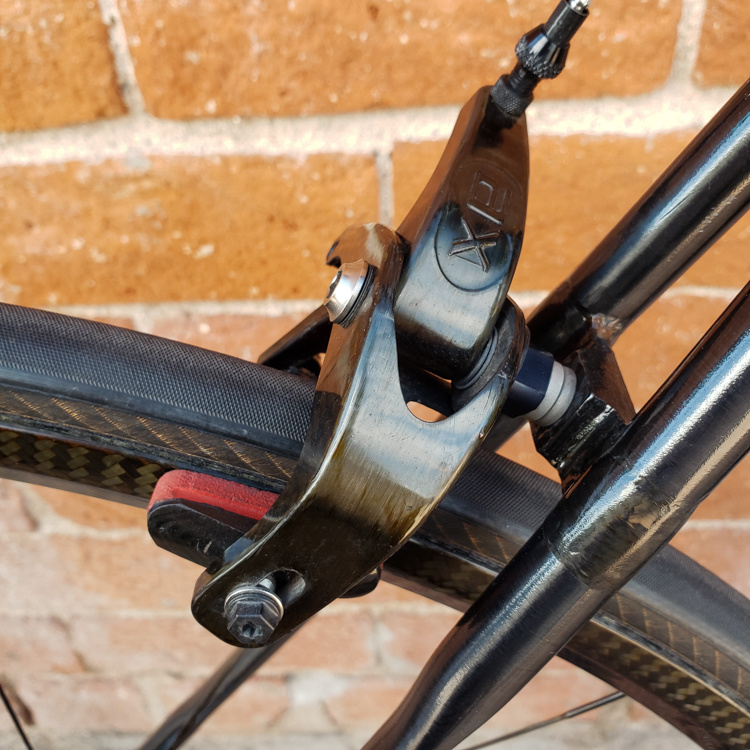 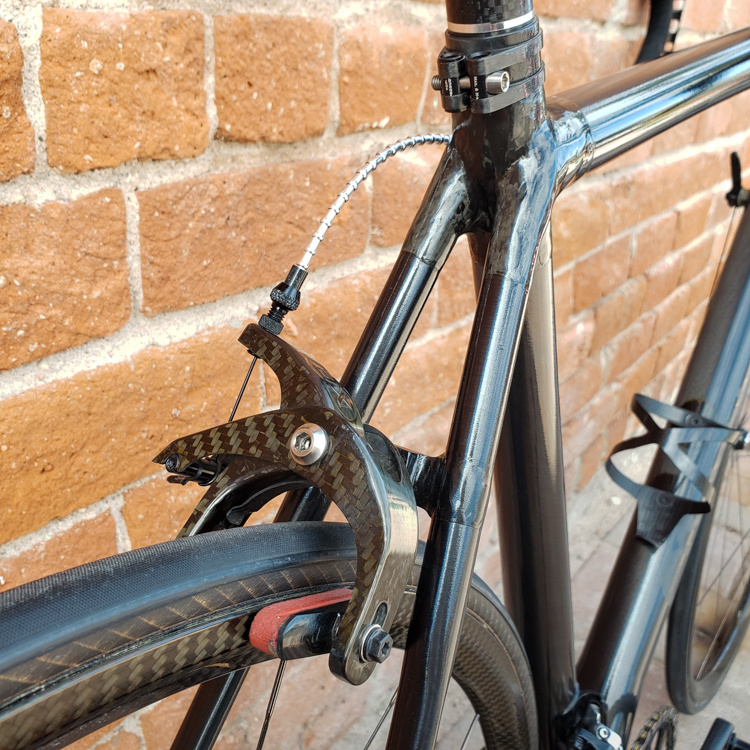 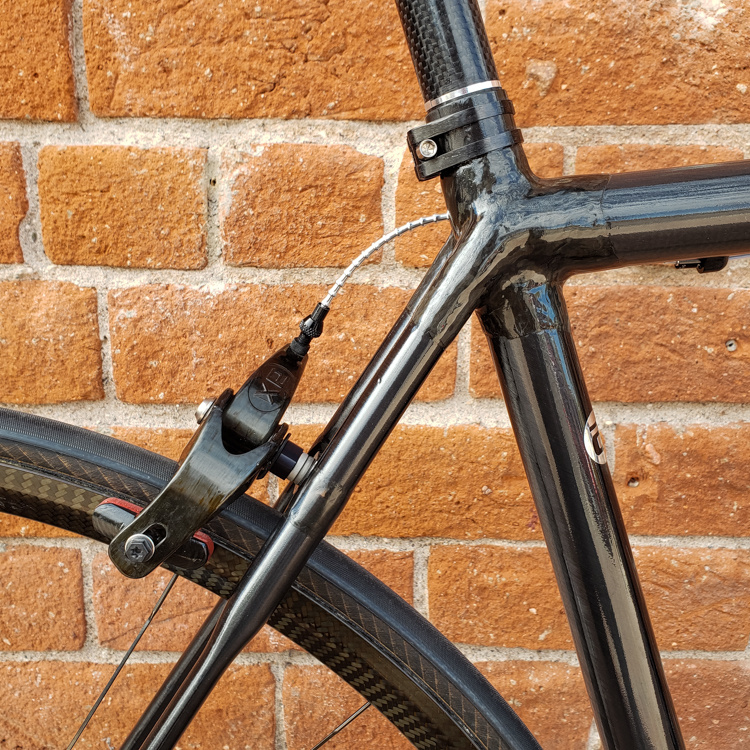 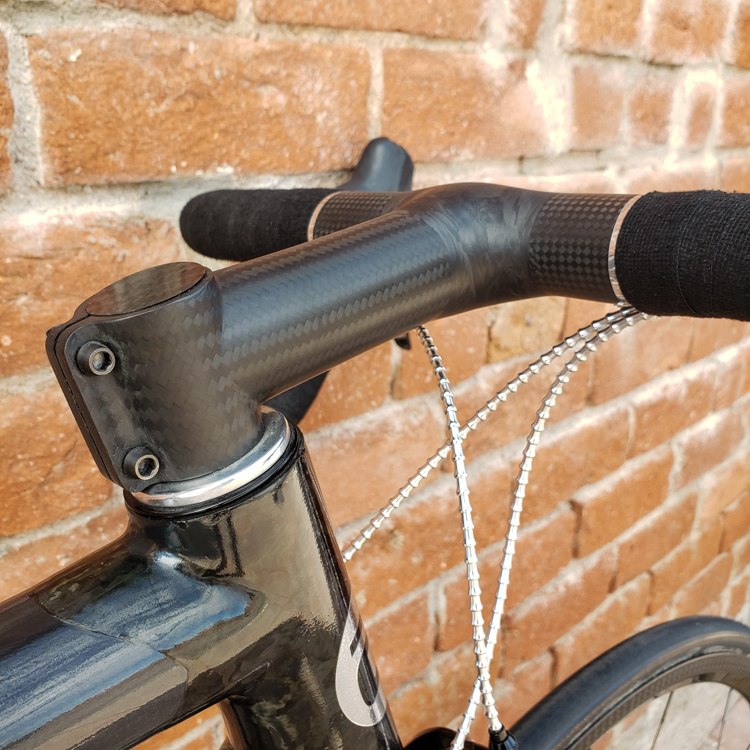 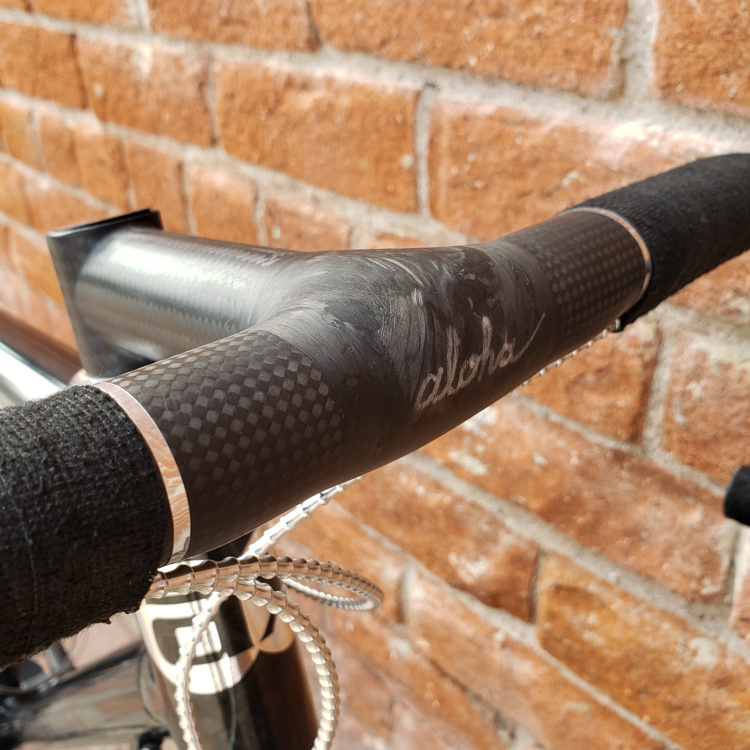 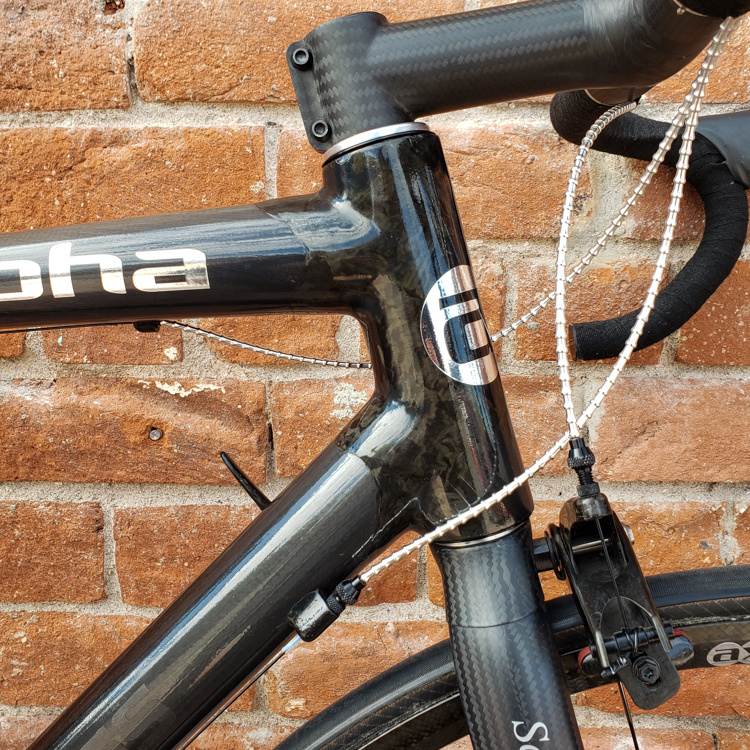 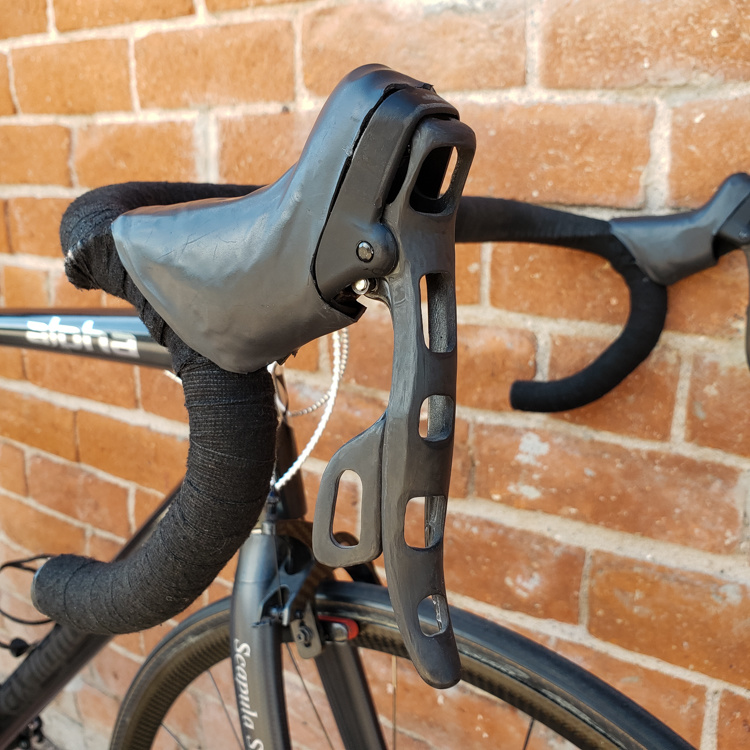 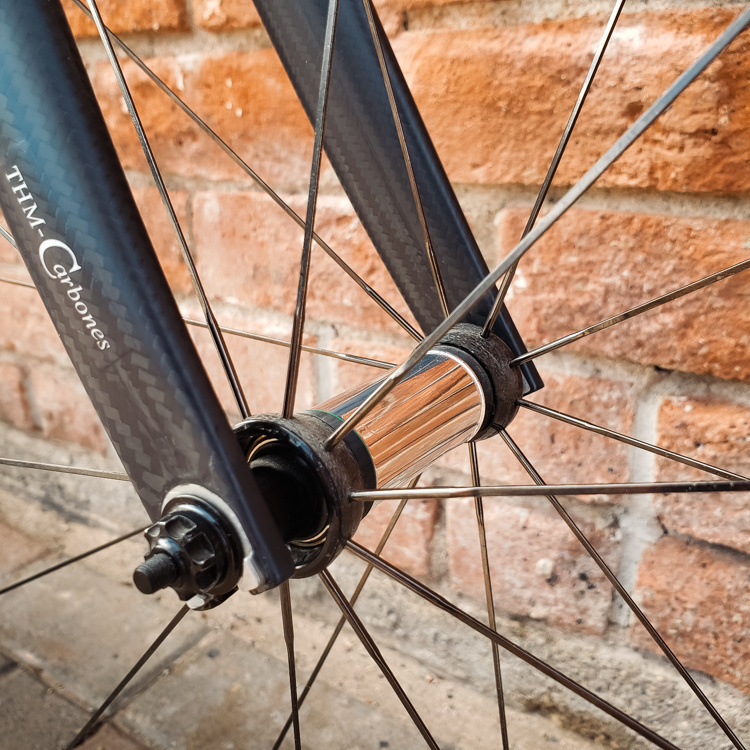 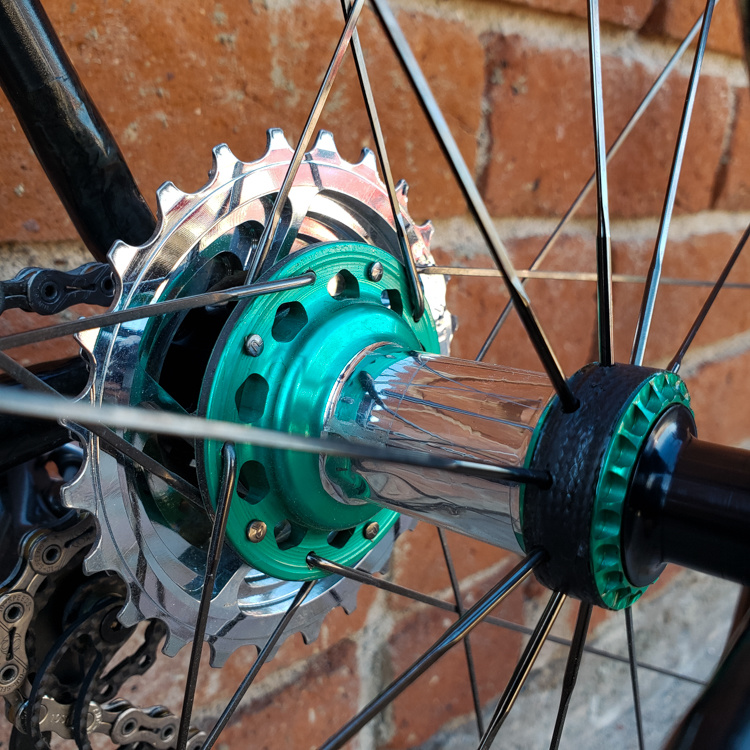 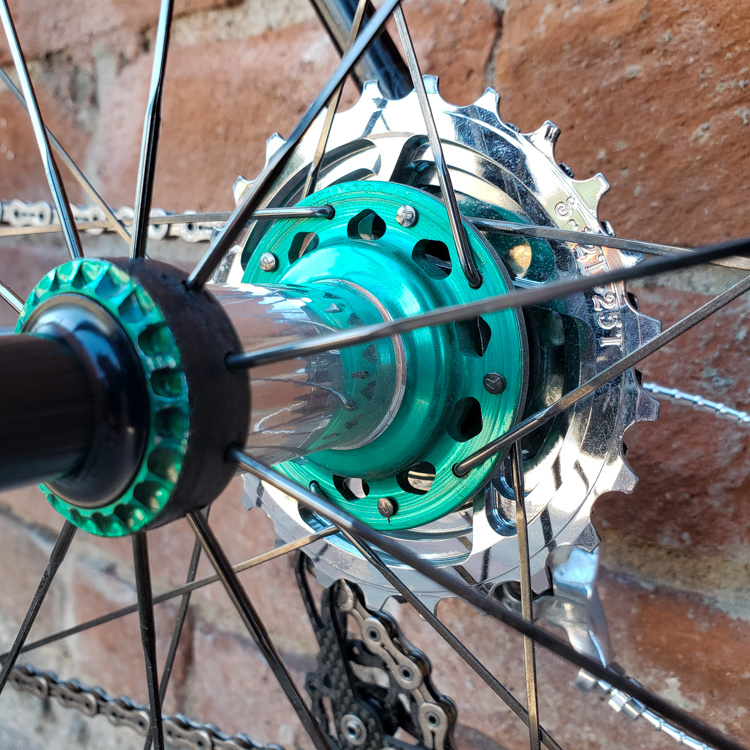 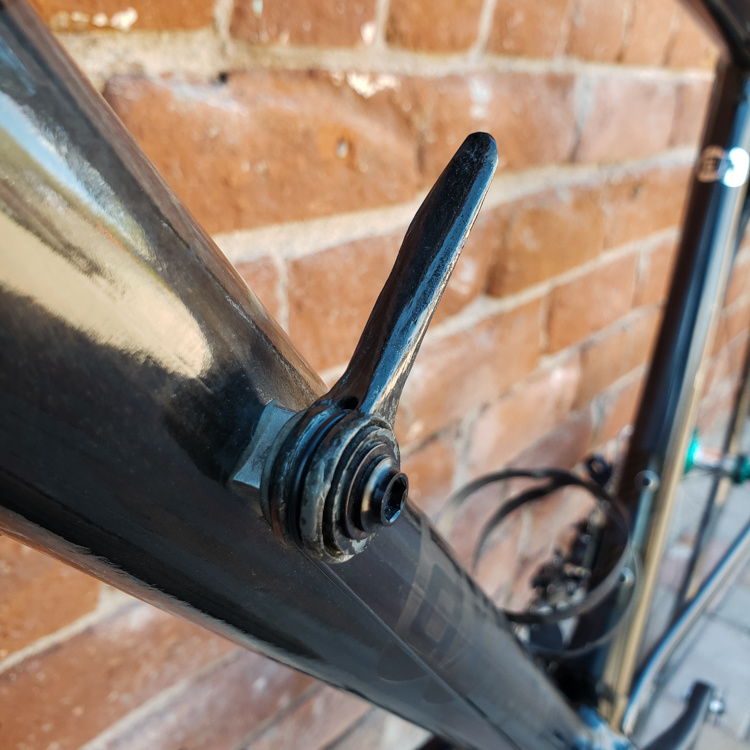 BTP down tube front derailleur Shifter. Not the prettiest but it works! 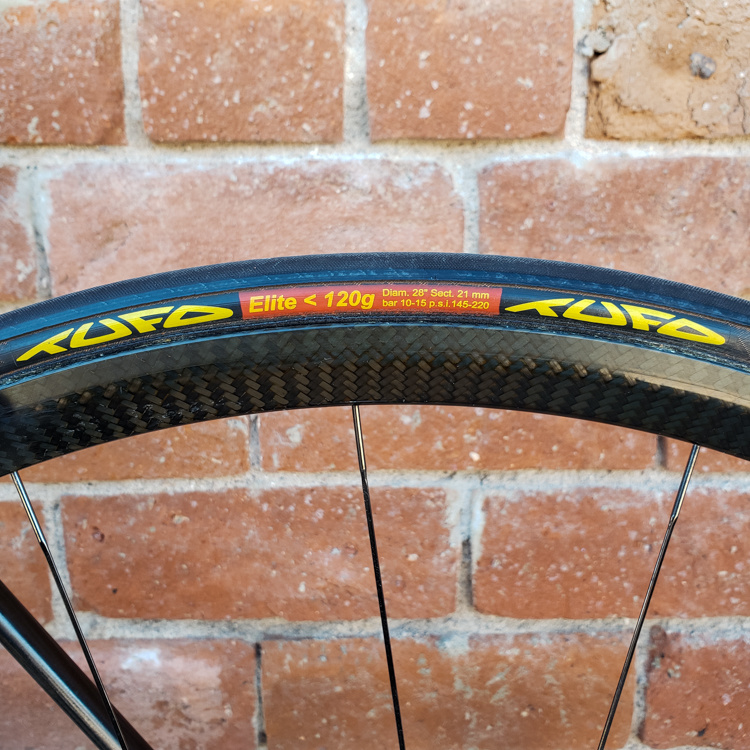 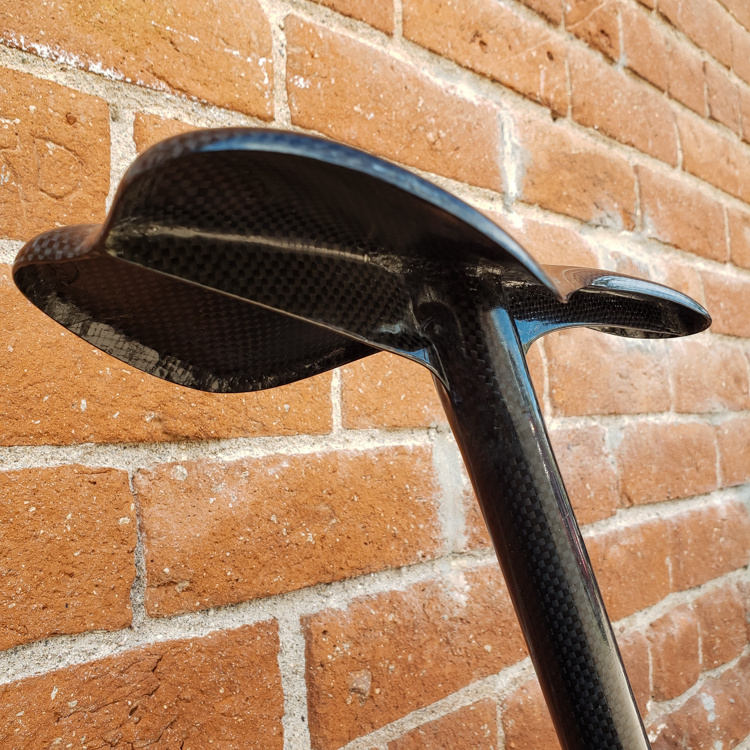 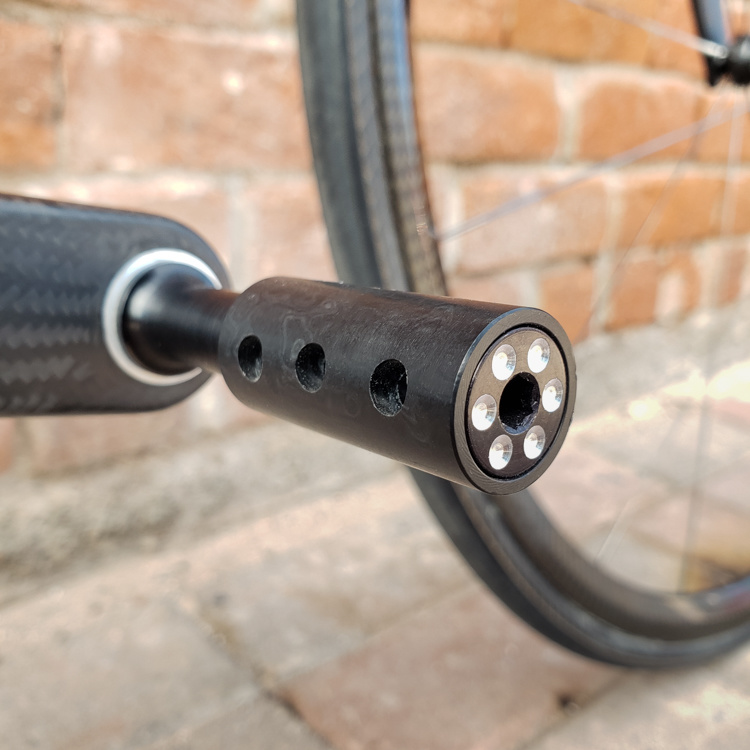 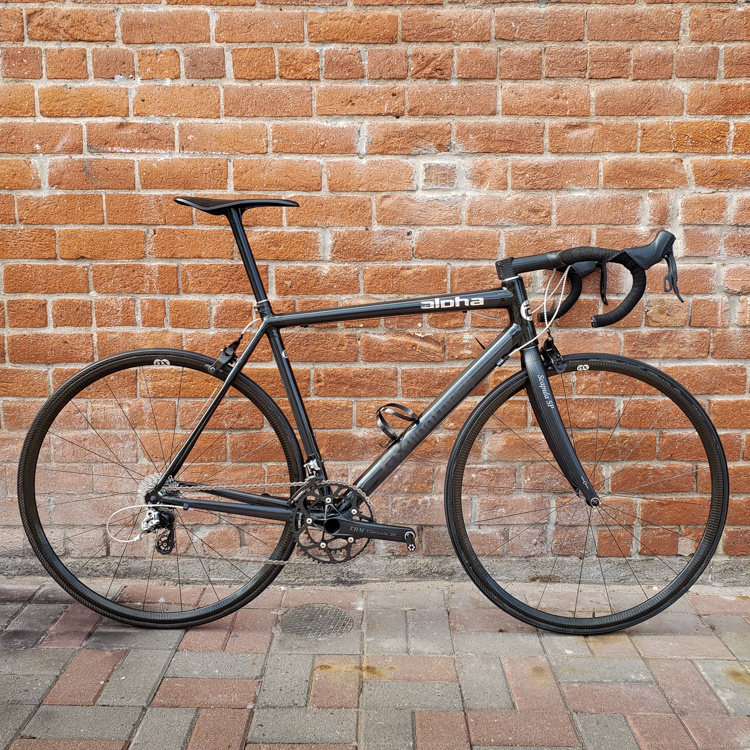